The Pokélife Chose Me: The Hyperreality of Pokémon

The Pokémon franchise has had a major impact on society since the nineties. As technology has since expanded, so too has the franchise made use of new features into order to bring players closer to their beloved pocket monsters like never before. While many may see this blurring of lines between the real world and cyberspace as a bad thing, I argue that it is in fact a positive in this situation, as the fanbase is able to intentionally abuse this blurred reality in order to live out their childhood dreams and tap into nostalgia unlike any other fanbase before. Examining this intellectual property through the lens of Jean Baudrillard's theories of hyperreality, a state where reality and fiction are blurred, we can see that Pokémon has made extensive use of such a phenomenon in order to both expand their brand as well as well as fulfilling the dreams of their fanbase by bringing them closer to their beloved Pokémon.

When I was young, I was one of many who wanted to be the very best, like no one ever was. To the initiated you know exactly what I mean. To any who are not, I am referring to Pokémon, a franchise which began as a game where the player is given a monster. They then battle with and try to catch and train more of these creatures, to beat other trainers and become the Pokémon champion. Even if you were unaware of the premise, you have undoubtedly heard the game’s name. Pokémon has become a global sensation, and it still goes strong to this day. While the franchise is famous for its simplistic formula in both gameplay and marketing, their methods should not detract from the game’s influence. Through its relationship with society and the social phenomena it has created, Pokémon has both continued and expanded our immersion of the game into what Jean Baudrillard calls “hyperreality”(128), the phenomenon of the lines between the real world and the non-real being blurred. Specifically, I believe Pokémon demonstrates that hyperrealism can generate positive effects.

To start, I will elaborate on hyperreality. Baudrillard discusses this concept in his chapter “The Anti-Aesthetic” of The Ecstasy of Communication, describing it as “what was projected psychologically and mentally, what used to be lived out…as metaphor, as mental or metaphorical scene, is henceforth projected into reality, without any metaphor at all, into an absolute space which is also that of simulation” (128). In other words, hyperreality is a phenomenon where what was once not inherently real begins to manifest as such. Doing so through human construction and our inability to distinguish what is truly real from what is not. Baudrillard highlights this idea through space exploration, where spacecraft are designed to simulate life on Earth (128). Even though traversing space creates a new paradigm for astronauts to exist within, engineers simulate Earth as it grounds them in something which is normal. The problem here is that normality is rhetorically constructed, and thus to hold onto the mimetic pursuit of terrestrial living while outside such a living situation is arbitrary, an arbitrary event privileged to the astronauts through technology.

Indeed, Baudrillard saw that the technological boom of the twentieth century was creating the phenomenon of hyperreality. He states that “it is well known how the simple presence of the television changes the rest of the habitat into a kind of archaic envelope, a vestige of human relations whose very survival remains perplexing” (129). While no one can deny the benefits many discoveries in the last century have brought, Baudrillard takes special care to emphasize that our electronically centered society, juxtaposed with its propensity towards materialism (commodity fetishism), is bound to create hyperrealities with disastrous effects. Namely, that we will dissociate from our world to toxic degrees (130). He is certainly not wrong—people are capable of falling prey to the disillusionment that technology can bring—but this does not have to be the rule. With proper knowledge we can use technology to our benefit. One of the best examples out there is the Pokémon franchise.

The first thing one will notice about the Pokémon franchise is its slogan, “Gotta catch ‘em all.” It is simple, yet effective. It tells you everything there is to know about the game. There are, or rather once were, 150 Pokémon to collect, and you had to catch all of them if you wanted to call yourself a Pokémon master. By Baudrillard’s definition of obscenity, “there is no more spectacle, no more scene, when all becomes transparent and immediate visibility (sic)” (130), Pokémon’s slogan is as obscene as it gets. The narrative of the games reinforces this obscenity as there is almost nothing more to the plot. You are given your first Pokémon and charged with finding the other 149. You travel the land and battle Gyms with the goal of eventually challenging the “Elite Four” and besting your rival. Asides from some minor subplots, that is it. Later sequels try to give the story some higher stakes, but the base game always remains the same.

The obscenity of the slogan goes further. The games quickly spawned an empire, as anime adaptations, trading cards, movies, spin-off games, comics, and even children’s literature have been made under the Pokémon title. Toys, posters, stickers, clothing, stuffed animals, and more have all flooded stores worldwide. Throughout all of this, “Gotta catch ‘em all'' takes on a new level of obscenity, a level of commodity. When you translate the slogan in accordance with its obvious subtext, it hardly reads any different. The word catch can just as soon be replaced with buy or consume: “Gotta buy ‘em all.” Coupled with the repetition of the slogan, the catch phrase is designed to continually reinforce itself. The music of the original Pokémon TV show is a perfect example. In the intro theme, catching ‘em all is referenced, if not explicitly recited, 6 times, 16 if you listen to the complete track (Paige). The outro song, the “Pokérap,” cites catching ‘em all a combined 30 times (James "D Train" Williams). Mind you, this is only accounting for the first season of the show. With each new era, and new generation of Pokémon, the phrase lives on. By now, the consumerist subtext has become so obscene, it has turned into the prevailing message.

While, the prevalence of consumerism cannot be denied, what these commodities mean to consumers is immaterial. Fans have created their own unique bonds with the Pokémon from these games. A collection of plush toys is not just décor, but can be a collection of favorite Pokémon which the individual cherishes and celebrates. These objects cease to be possessions and instead serve as simulacra of the Pokémon’s “essence.” This creates what Baudrillard terms ecstasy, as “. . . at bottom the message already no longer exists; it is the medium that imposes itself in its pure circulation” (131). 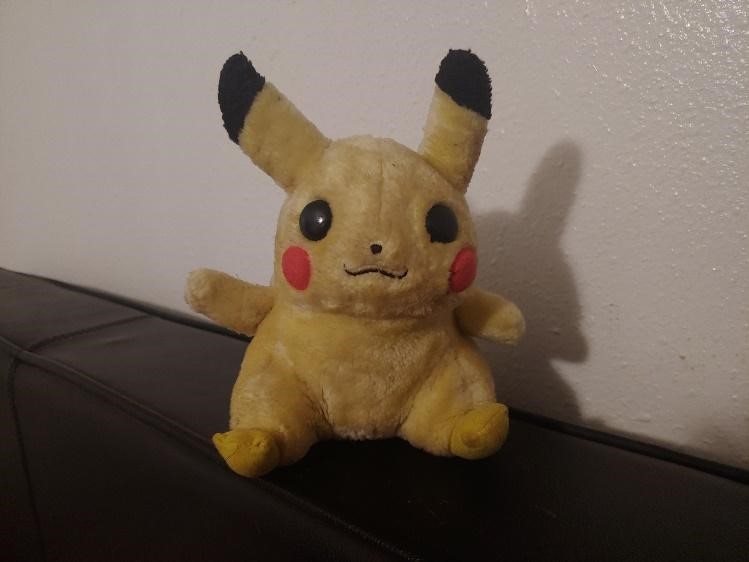 Fig. 1. A plush toy of the Pokémon, Pikachu.

The games have further immersed players in hyperreality with each release. As Pokémon itself is ultimately a hyperbolic simulacrum of bug-collecting, as the creator Satoshi Tajiri states in a 1999 interview with TIME magazine, “Yes [I got the idea for Pokémon from collecting insects]. Places to catch insects are rare because of urbanization. Kids play inside their homes now, and a lot had forgotten about catching insects. So had I. When I was making games, something clicked and I decided to make a game with that concept” ("The Ultimate Game Freak"). Not only could players simulate an action that triggered their brain’s reward system, like it would be triggered by bug collecting, but they could do so in an expanded and fantastical medium. As players have bonded with the Pokémon, the games have further utilized technology to foster their bonds. The most current titles allow you to play, praise, and cook for your Pokémon, all the while using motion sensor controls to perform these actions. Players can show their Pokémon love and affection like never before. 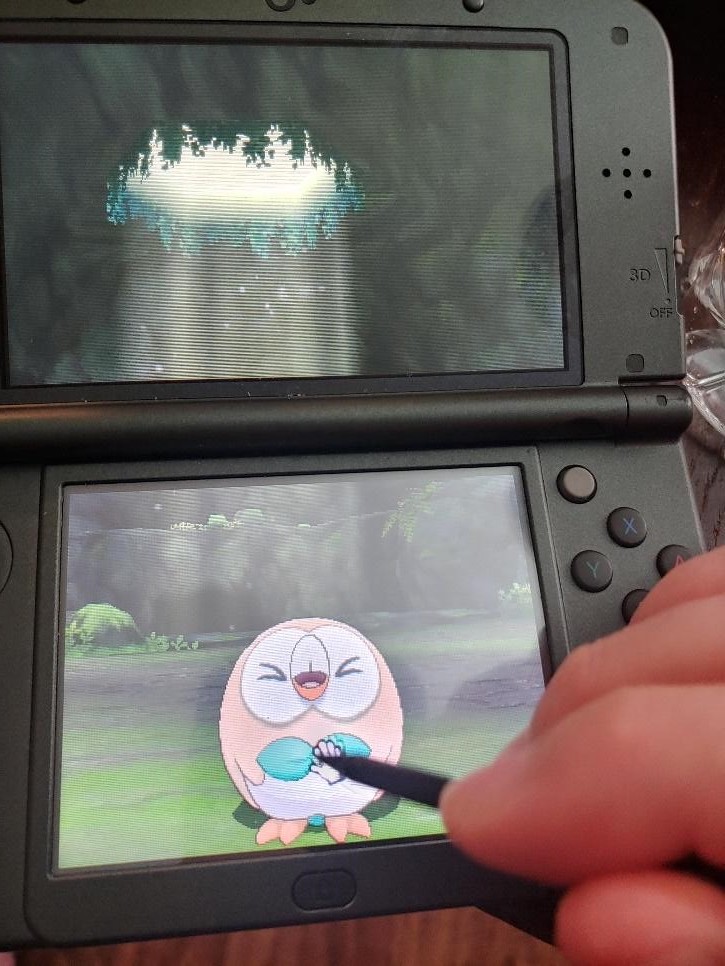 Fig. 2. Myself using the Nintendo 3ds touchscreen to virtually pet Peewee, my Rowlette.

No discussion of Pokémon’s immersive qualities would be complete without Pokémon Go, a title available for smart phones that uses augmented reality (AR) to allow players to find virtual iterations of Pokémon creatures in the real world. By tracking the players movements through their phone’s GPS, participants can then catch the Pokémon that they physically travel to find, thus further simulating the sensation of catching ‘em all and further blurring the lines between game and reality.

Multiple news outlets have reported incidents where players searching for Pokémon were injured or worse. Andrew Fishman wrote for Psychology Today that he “once spoke to a graduate student who confessed to stopping his car on the highway to capture a particularly rare Pokémon.” Despite this, Fishman states that there are positive aspects for the game, such as encouraging community and promoting exercise. Players have not only been able to recreate the feeling of catching Pokémon, but they are able to experience the thrills of being Pokémon trainers as large factions have formed within the community: Team Mystic, Team Valor, and Team Instinct. Players can battle and set up gyms to represent their team’s dominance, just as if they were gym leaders from the main game series. Now, it is not just a game, but a living social phenomenon within our reality.

Throughout all of this, players who have played since the first game have significant attachment to the series. Even people who only played the first games and have since grown out of the franchise, may reminisce about their time playing. This is where the final instance of hyperreality that I will discuss takes place. Even if you grew out of the series, being that the game is an experience that can be replayed over and over, it is possible for you to dust off your old copy, download a console emulator, or simply buy a new title, and jump back in recapturing your favorite creatures. Many players do just that for the sake of nostalgia. Because of technology, and the hyperreality that comes with it, players can easily relive and simulate the fond memories of their childhood.

Not only can they relive these memories and trigger feelings of nostalgia, simulating their childlike wonder, but they encourage vital elements which make us human. Is glorifying the act of petting Pokémon not reinforcing empathy? How about the act of preparing food for a Pokémon? These actions that depend on hyperrealism to be effective do not merely exist as commercial results. They exist to reinforce key qualities necessary for personal improvement. These events may be justified by their intent to keep audiences, but they live and thrive for the celebration of what can be argued to be good and worthwhile in this world. The world can be a cruel place, but through these mechanisms we can remind ourselves of the wonder life can offer, as well as what we have to offer to the world-our compassion, empathy, and kindness. So long as we can take the time to remember that we control the technology and not the other way around. People can use simulations, such as Pokémon, to be masters of their own reality, becoming better people and use technology in means that are not inherently dystopian.

Oliver Lyon is a senior undergraduate student majoring in Writing and Rhetoric with a minor in English Literature. He is currently serving as president of Pi Epsilon Pi for the 2020-21 school year. Other accom- plishments include participation in the Samuel Johnson Dictionary Project and interning for the United Nations Association Orlando chapter. His academic interests include science, semiology, and the cultural effects of technology. In his spare time, he can be found writing music, battling Pokémon rivals, and doting upon his cat Wayne.